Ludwig van Beethoven was born on December 16th, 1770 in Bonn. In 2020, Germany and the entire world will celebrate the 250th anniversary of his birth. The Federal Republic of Germany, the State of North Rhine-Westphalia, the Rhine-Sieg District and the Federal City of Bonn have joined forces to establish the Beethoven Jubiläums Gesellschaft gGmbH, which, under the auspices of the BTHVN2020 brand, will coordinate and communicate this important anniversary.

Ludwig van Beethoven is regarded as the most classical of composers. His music is ubiquitous not only in the concert halls of the world, but is to be encountered in the anthem of the European Union, in advertising, in film, in the sports stadium and in space. But there is much more to Beethoven than his music: he was a radical artist who constantly reinvented himself, broadened the boundaries of music and challenged society. Visionary, creative, humane, freedom-loving and politically-inspired to this day – worldwide.

UN Climate Change, with its secretariat in Bonn, is responsible for coordinating international efforts to address climate change in support of the Sustainable Development Goals and the UN’s 2030 Agenda.

In 2015, it successfully supported governments to adopt the landmark Paris Climate Change Agreement. This has opened a new and more dynamic global effort to secure a low carbon, far more resilient and safer future for all, building on the ground-breaking Framework Convention (1992) and Kyoto Protocol (1997).

The focus of UN Climate Change is taking forward the on-going intergovernmental negotiations and assessments of progress; supporting with partners all nations to implement their national climate action plans under the new Agreement the reporting and review of these efforts; and providing a bridge between governments and the growing wealth of climate action by cities, states, regions, territories, business, investors and civil society. 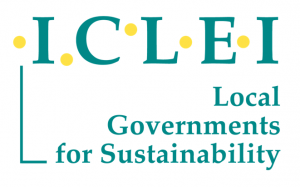 Axxessio | Bonn's leading tech company has been a strong partner since the early days of the Beethoven anniversary. With it's years of experience and experience in lean development Axxessio has supported the Beethoven Pastoral Project from draft to live.

DW | Deutsche Welle (DW) is Germany’s international broadcaster. Journalistically independent, DW communicates a comprehensive impression of Germany, presenting events and developments from German as well as other perspectives, and in so doing fosters an understanding between cultures and peoples. At the same time, DW provides access to the German language. Deutsche Welle is governed under public law and fulfils its legal mandate with its platforms of television, radio and internet. DW represents a profound, reliable outlet of information in 30 languages. The DW headquarters in Bonn and its office in Berlin are home to around 1,500 permanent employees and the same number of freelancers from 60 different nations.

Beethoven-Haus Bonn | Ludwig van Beethoven was born here in 1770, and today his life and legacy is steadfastly and vividly kept alive at the house of his birth – musically, academically and as a museum. Supported by an association founded in 1889 on the initiative of citizens of Bonn, Beethoven House is regarded as the leading international Beethoven centre. This internationally distinguished institution houses the most diverse and important Beethoven collection in the world, a museum that receives 100,000 visitors a year, a musicological research department with a library and publishing house, as well as a modern music venue, the Hermann J. Abs Chamber Music Concert Hall. Funded by around 900 members from over 20 countries and supported by the Federal Government, the State of North Rhine-Westphalia, the Rheinland Regional Authority and the City of Bonn, Beethoven House fulfils a cultural mission of both national and international importance.

Beethoven Orchester Bonn | The Beethoven Orchestra Bonn sees itself as the ambassador of the city and of Beethoven, as a bridge between the composer and the people of Bonn. The orchestra aspires to discover musical worlds at the highest artistic level – whether the music is three hundred years old, the music of Beethoven’s time or the music of today, whether from diverse cultures from around the globe, or from new, as-yet unexplored terrain. The aim is to instil the orchestra into the soul and heart of all of Bonn and far beyond. Conductors such as Richard Strauss, Max Reger, Volker Wangenheim, Dennis Russell Davies and Kurt Masur have secured the position of the orchestra within the highest class of German ensembles. At the beginning of the 2017/2018 season conductor Dirk Kaftan, renowned for his extraordinary concert projects and prize-winning recordings, assumed the helm of this famous orchestra.

Beethovenfest Bonn | Beethovenfest Bonn represents the musical highpoint of the year for the City of Bonn and the surrounding area, presenting 50 to 60 concerts of outstanding and internationally-renowned artists, ensembles and productions every year. Each concert is also a social event where prominent figures from politics, business, culture and the public meet. ‚ To this day, Ludwig van Beethoven is regarded as one of the greatest innovators in the history of music, and traces of the composer are to be found in Bonn, the city of his birth. His birth house and the annual Beethovenfest Bonn testify to the 22 years of his life in which Beethoven left an indelible impression on the city, and the city on the composer.

Bonn Theatre | The BONN THEATRE, a multi-disciplinary house, has had a significant influence on the cultural offerings of the city and region of Bonn, with numerous in-house productions of opera, theatre and ‘Sector 4’ (Children’s and Young People’s Theatre) as well as international visiting performances of dance, concerts, readings and special events. The artistic administration of the Bonn Theatre is overseen by Dr. Bernhard Helmich, General Director since the 2013/14 season, together with the Director of Opera, Andreas K. W. Meyer, the Director of the Theater, Nicola Bramkamp, and, from 2017, with the Director of Music, Dirk Kaftan. Rüdiger Frings is the Commercial Director of the Theatre. The Bonn Theatre operates several other venues, including the Opera House, the Kammerspiele Bad Godesberg, the Workshop Theatre and the Mobile Theatre Container, which have their own artistic focus and set their own programme.

UNITEL | True to its motto “Music to Watch,” UNITEL produces operas, concerts, operettas and ballets with acclaimed artists and in the highest technical quality. Currently boasting a film stock of more than 1500 productions, UNITEL was one of the first companies to produce music films in color and stereo, and records today exclusively in UHD and in Surround sound quality. UNITEL arose from Cosmotel, the firm which Dr. Leo Kirch founded with Herbert von Karajan in 1964 to produce classical music for film and television. The company is part of Jan Mojto’s corporate group today. Unitel kindly supports the Beethoven Pastoral Project with the provided film and sound material for participants’ use.

In case you want to change your privacy settings (e.g. issue consent or revoke an already issued consent) please click on the button below. Settings